We work for wolves!

Inspired by the world-famous Lamar Canyon pack alpha female "06", The 06 Legacy honors the beauty, prowess, and sacred nature of wolves in the American wilderness. Our Facebook page was created in 2018, and has since grown to over 210,000 followers. Recognizing that change happens with policy making, Karol Miller founded The 06 Legacy 501(c)(4) in 2019. The organization is composed of wolf enthusiasts, advocates and guardians who envision and fight for a world in which wolves and humans coexist peacefully and respectfully.

To change the narrative around wolves, we are working to educate the public about the true nature and benefit of wolves. To protect wolves, we are working to endorse federal, state and local officials who will fight for their survival. By investing in these key areas, The 06 Legacy is building a future for gray wolves in America and all who appreciate them. We don't work for a particular candidate or party. We Work for Wolves. 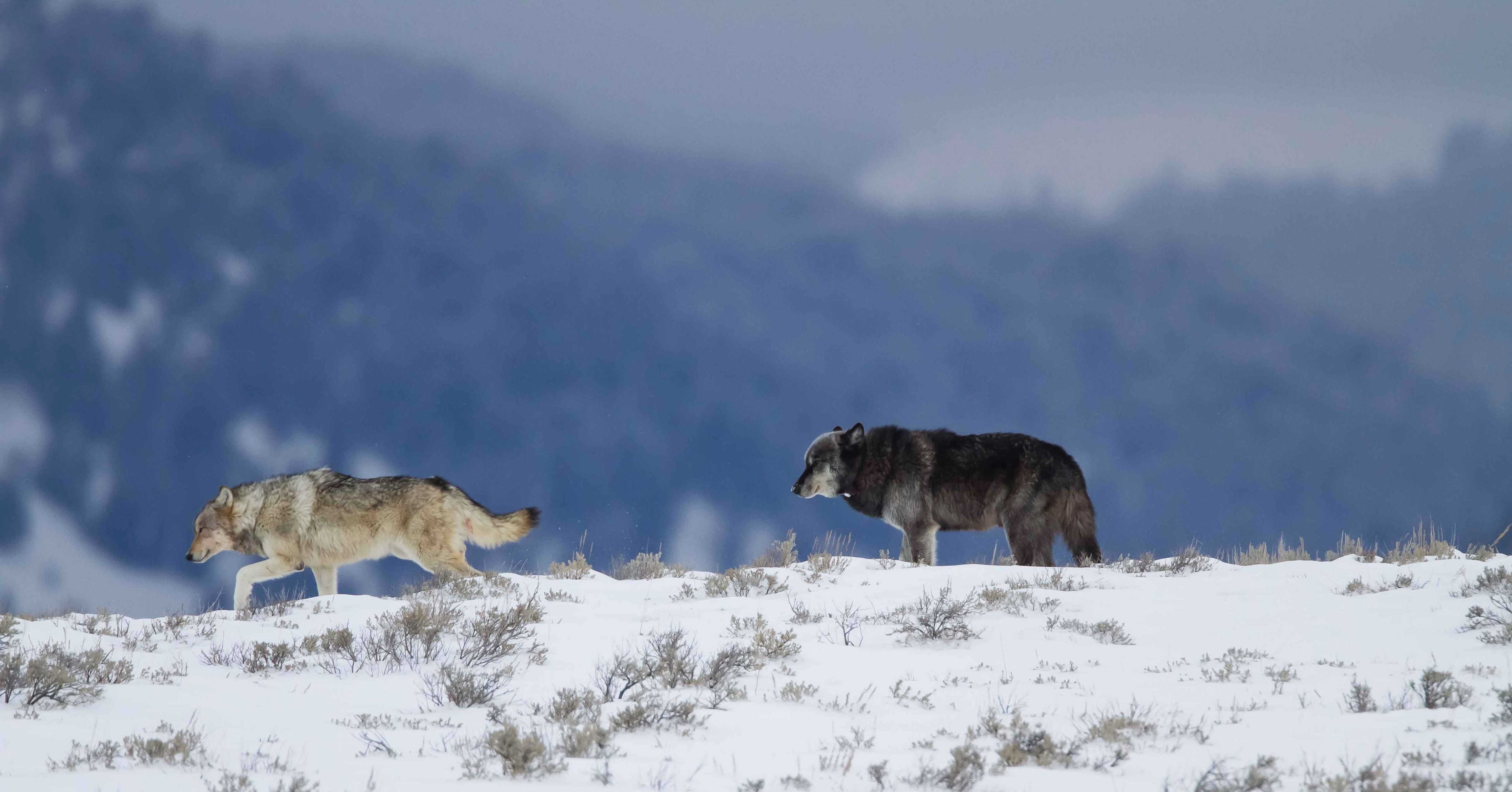 Our work does not stop there. We will continue to engage the community with the wolf stories and educational information The 06 Legacy is known for. Ongoing advocacy efforts include: 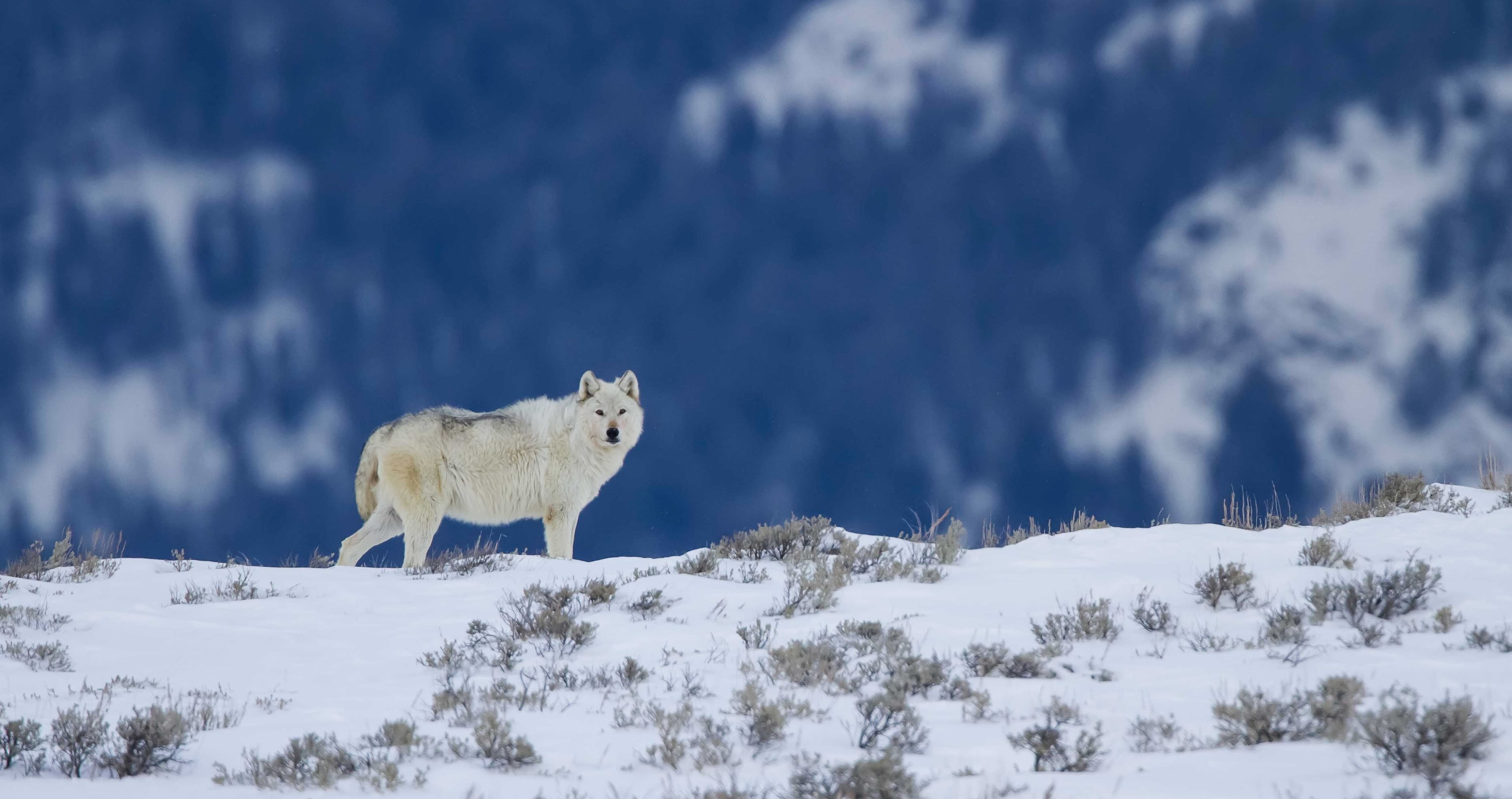 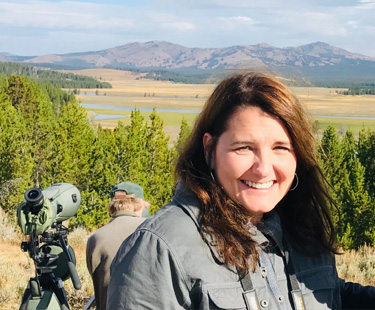 Karol read Brother Wolf by Jim Brandenburg almost thirty years ago, and was moved to want to help wolves. She supported the reintroduction of wolves in 1995 and 1996, and has followed the lives of Yellowstone's wolves ever since. The tragic deaths of 06 and 926F compelled her into activism. Let's all turn the darkness from the senseless loss of wolves like 06 and 926F into collective action, and the relentless determination to save America's wolves. 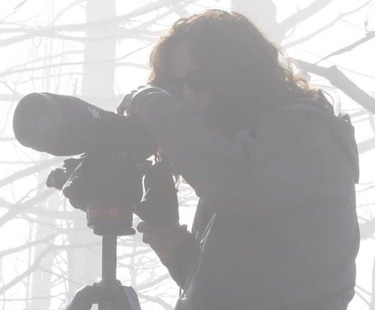 Julie is a professional photographer who has spent 40 years observing and photographing wolves, grizzly bears, along with other wildlife within the Rocky Mountain West. Her photography business, Wild Love Images, has grown to capture the lives and stories of much of the wildlife in the greater Yellowstone Ecosystem. She is an active voice for the preservation and protection of wildlife and has authored two books: Bears: The Mighty Grizzlies of the West and Wolves: Western Warriors. 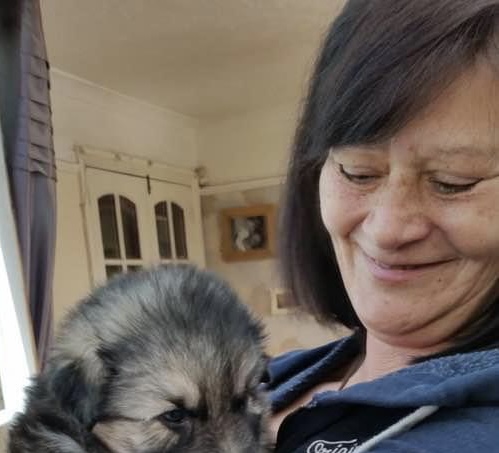 A passionate advocate for the rights of both wild and farm animals, Paula has been involved with many petitions and protests for animal advocacy in the UK. She was involved with securing 100,000 signatures to ban the trail hunting of foxes, a petition that will now be debated in the UK Parliament. You can find Paula on the front lines, campaigning for the rights of all animals. She is small and mighty, a voice for the voiceless to be reckoned with! 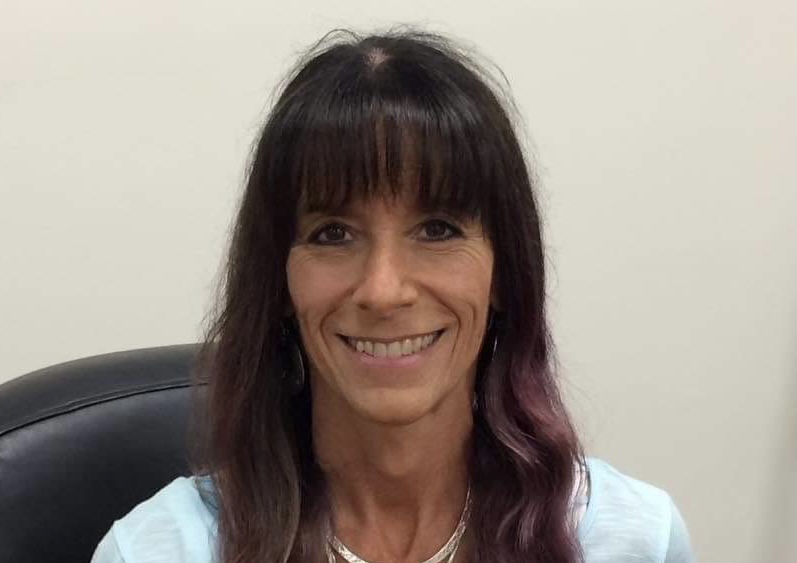 Marianne is a Public Health Professional and longtime wildlife advocate. She has been very involved with efforts to protect grizzly bears, wolves, and wild horses. Her love for the Druid Peak pack brought Marianne into wolf advocacy. She saw firsthand as 06 carried on the legacy of the Druids and actively speaks for wolves in her honor. Marianne is a strong and effective voice for all wild ones. 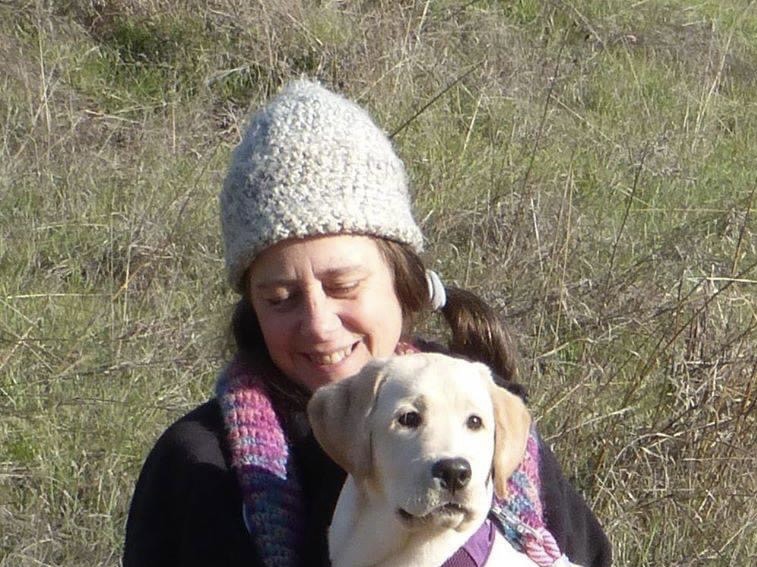 Anita has always cared about wild animals and has a special fondness and love for wolves. She works to bring awareness to the plight of wolves and the need for protection. Anita believes they need every voice because of their long history of persecution and virtual extermination from their homeland. Look for her wildly fun and popular “Paws Up” column every Sunday morning on our Facebook page. Anita loves to be outside and enjoying the beauty of nature. 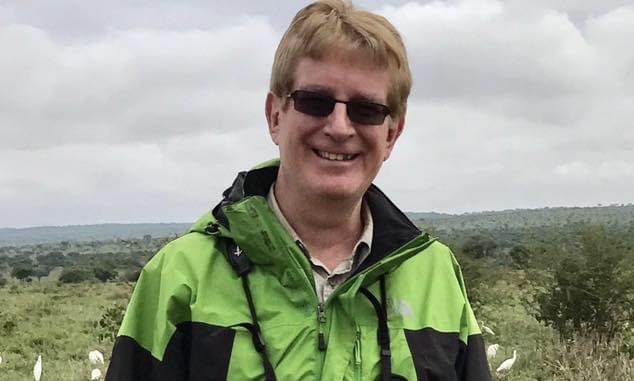 Jack travels frequently to Yellowstone and has spent twenty years observing and studying wolves and their role in the ecosystem. He has met and spoken with many Yellowstone visitors and enjoys showing them their “first wolves” through his scope. He has also traveled to the Northwest Territories to observe Arctic wolves alongside prominent American biologist L. David Mech. Jack is an attorney specializing in Patent and Trademark Law. 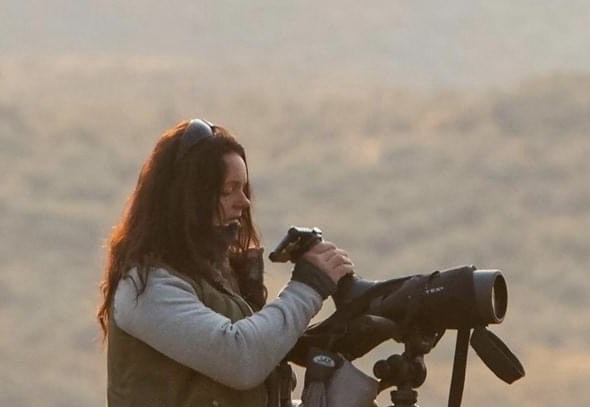 Krisztina was born and raised in Hungary. She now lives and works in Colorado. Krisztina  educates ranchers and ranch managers about the use of non-lethal methods to protect livestock and prevent conflict with large carnivores. Along with Krisztina's work at The 06 Legacy, she is the National Wolfwatcher Coalition's Colorado representative, an author at The Rewilding Institute, and has participated in the educational efforts for the Rocky Mountain Wolf Project in Colorado. Krisztina spends extensive time in Yellowstone observing wolves. 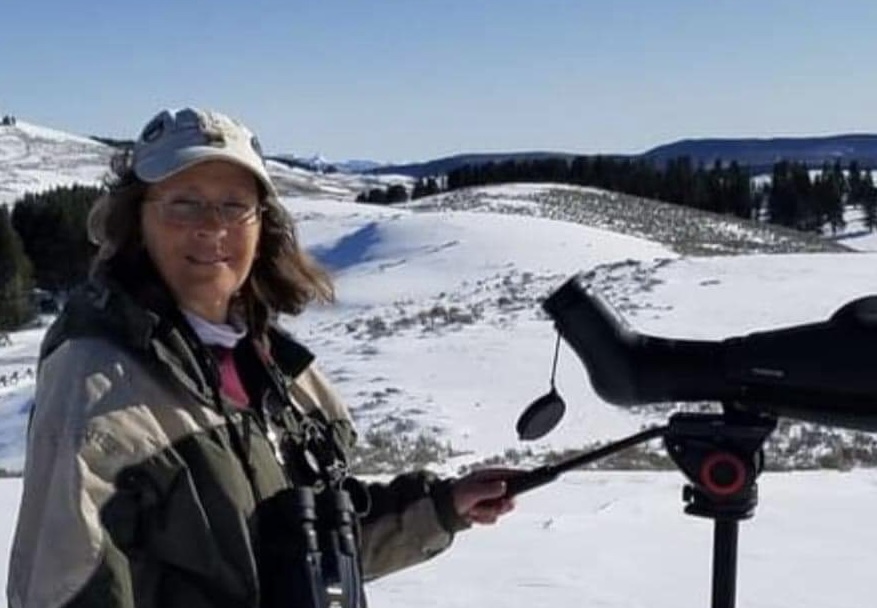 Carolyn moved from Colorado to Montana to fulfill her dream of living near Yellowstone and recently started her own guiding business, Wild Serenity Wildlife Tours. With Carolyn, visitors to the park can explore Yellowstone’s great wildlife on an unforgettable tour and experience all the park has to offer, including seeing wolves. She has a long history with Yellowstone and wolves, and even visited the park during the historic reintroduction years. 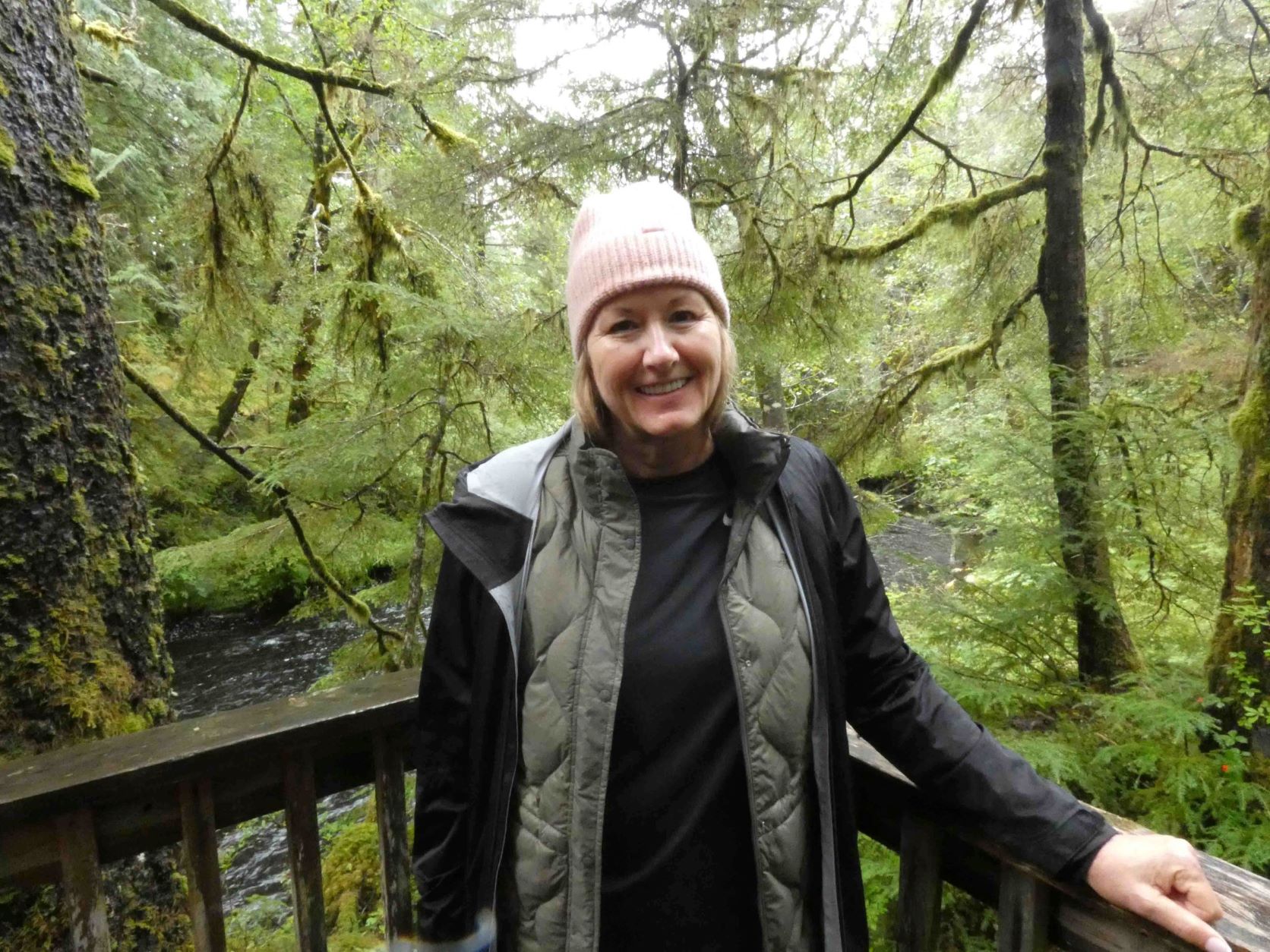 Kathy manages operations for The 06 Legacy and maintains our presence on twitter. A resident of Washington DC, Kathy monitors politics and policy and seeks pro-wolf candidates to endorse. A former librarian, she is also responsible for our resources section.  Kathy loves books, nature, wildlife, and wolves. 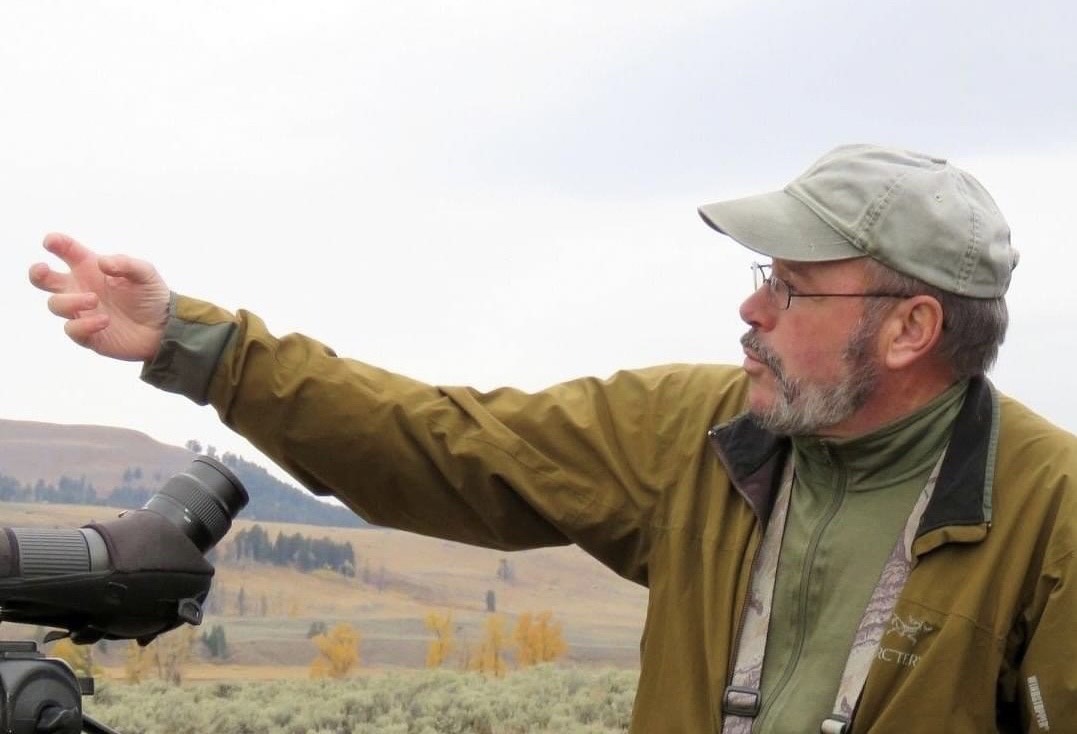 Leo became inspired to write the life stories of wolves during his ten years living alongside them in Yellowstone. As co-founder, resident wolf historian and archivist of the Yellowstone Wolf Family Tree, Leo preserves the genealogy and history of every park wolf for future generations to know. His life stories of wolves connect people with just how essential they are. Leo is a co-author of three books: Charting Yellowstone Wolves: 25th Anniversary Edition, Rare Mammal Moments of the Greater Yellowstone Ecosystem, and Badgers of Lamar Valley: Yellowstone National Park. 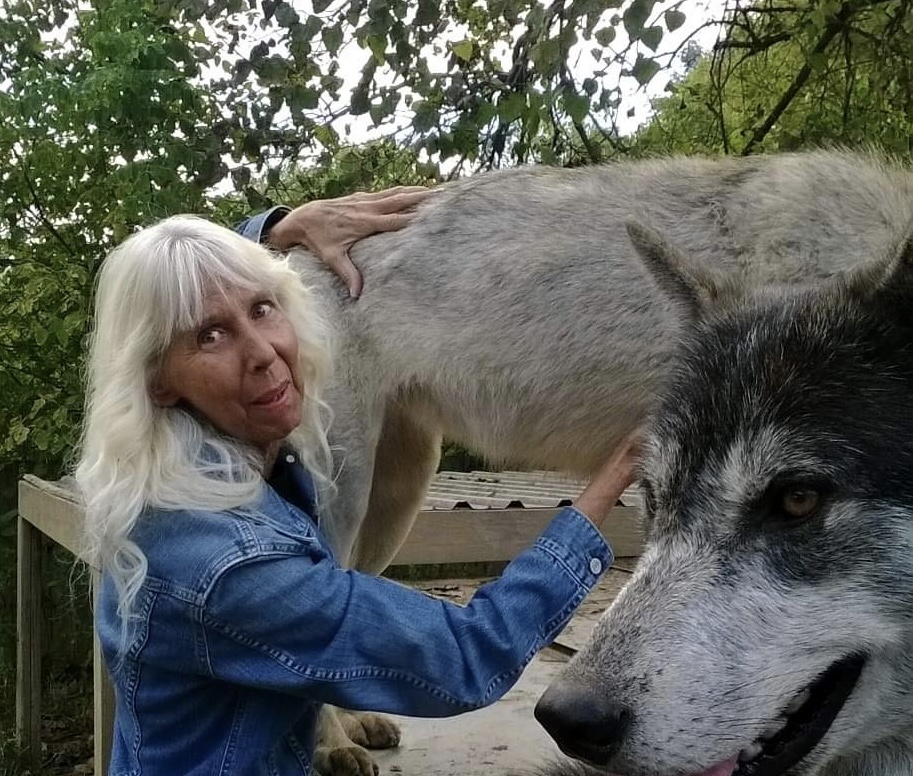 Bev has always had a love for both domestic and wild animals, but her true passion is wolves. Inspired by the triumph and tragedy the Lamar Canyon pack endured after 06’s death, Bev’s mission is to educate people about the important role wolves play in our ecosystems. As a daily writer on our Facebook page, she has developed a large following with her special voice that speaks directly to your soul. Bev’s “Wolf Pup Wednesday” and weekly "Howl Out" are crowd favorites! Bev's wish is that one day, all wolves will walk in peace. 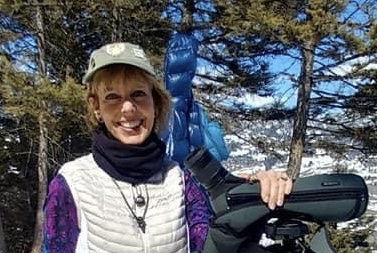 Susan has always been passionate about helping and protecting wild and domestic animals. She founded Defenders of Urban Wildlife to be a voice for local urban wildlife, and she also joined the fight to save Michigan wolves. Inspired by her observation of Yellowstone wolves 763M and 821F caring for their pups, Susan continues to educate the public and government officials about wolves’ right to live a life free of politics, greed, and hate.

Special Thanks to Jimmy Jones 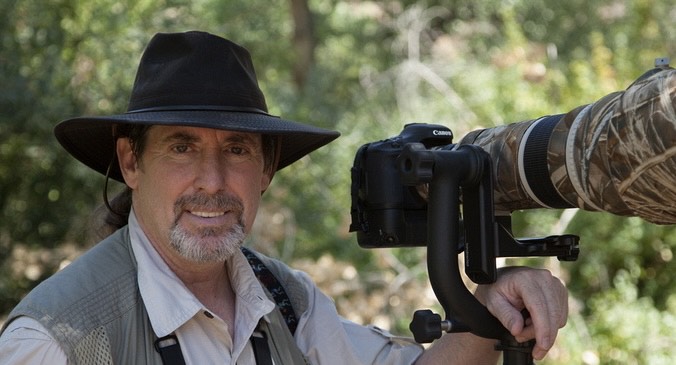 Jimmy is an award-winning, internationally published, professional freelance wildlife and nature photographer whose favorite subjects include North American gray wolves such as 06. His publishing credits include National Geographic Television, Wolf Print Magazine, National Geographic Children’s Books, Endangered Species Coalition, American Scientist Magazine, National Wolfwatcher Coalition, International Wolf Magazine, Wolves of The Rockies, Huffington Post, The Center for Biological Diversity and many others. Jimmy has incredible wildlife photos on his website at Jimmy Jones Photography including one-of-a-kind images of 06, members of her Lamar Canyon pack, as well as a blog dedicated to her memory. He also has amazing photos of other Yellowstone wolves and wildlife. The 06 Legacy is deeply grateful to Jimmy for his dedication to 06 and his generous support of many of us in wolf advocacy. 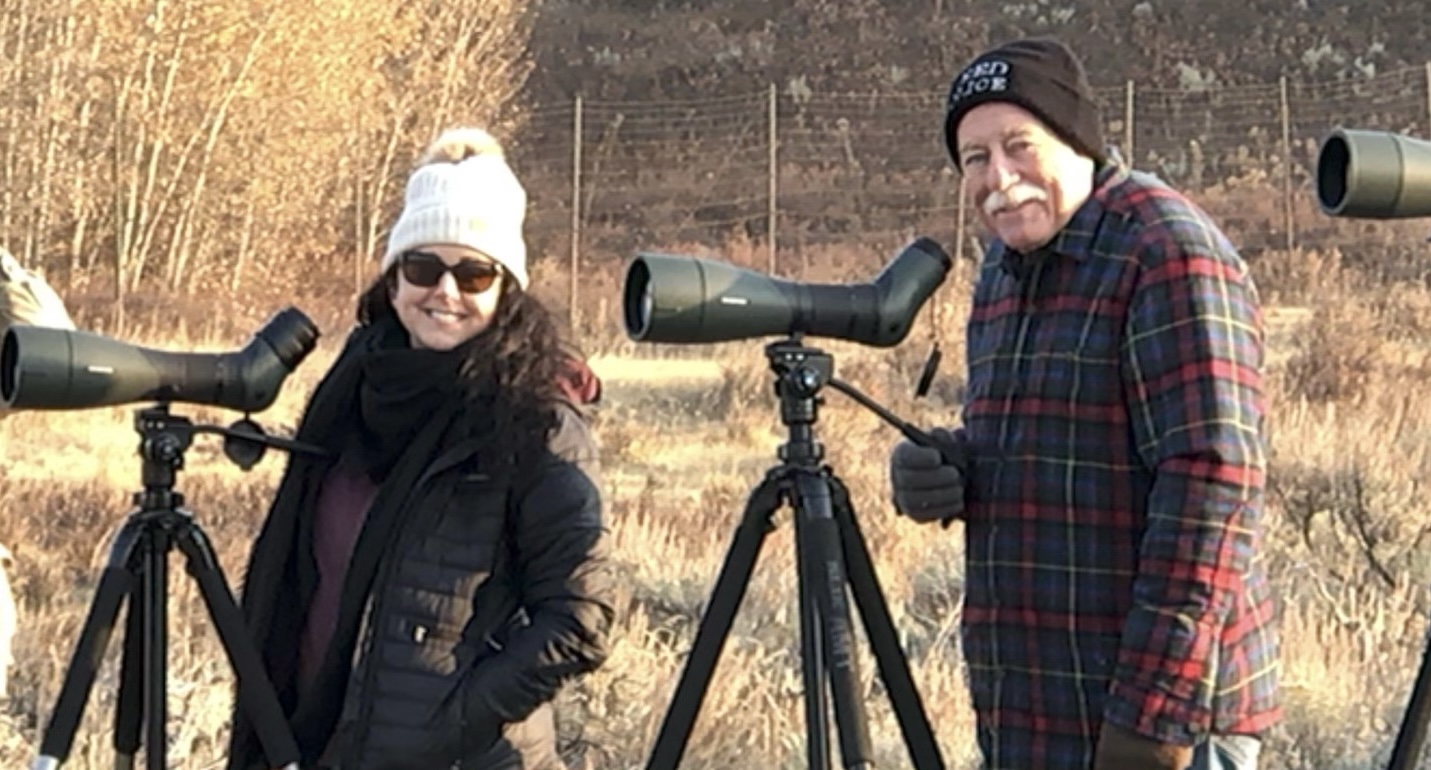 In April 2007, Wolf Man Pat took a trip to Yellowstone. When a wolf stopped in the road and stared at Pat, it was a special moment and he worked tirelessly to advocate for wolves ever since. Pat's passion for wolves wasn’t hard to miss. The trusty Wolfmobile he drove was fully decked out with graphics of the Yellowstone wolves he loved. And everywhere Pat went, he spread his Wolf Love while educating people about the plight of wolves and how the species needed our help. While we called Pat the “Wolf Man”, he referred to himself as a "wolf watcher deluxe" in a letter he wrote to Secretary Deb Haaland. Pat invited Secretary Haaland to visit Yellowstone National Park and offered to provide her a spotting scope, so she could see our beloved wolves firsthand. Always ready to battle for wolves, we lost a true warrior when Wolf Man Pat passed. He left lasting legacy for wolves through his daughter Kristin and his wife Alicia. Kristin is an elementary school teacher and her students learn about ecosystems and the wolves who are so essential to wild spaces. You can hear Pat and Kristin talk wolves on this father-daughter podcast they did for The Wolf Connection shortly before Wolf Man passed: https://open.spotify.com/episode/4Ewpa0E5GwpiQaNHM5Vty5. We all love and miss you Wolf Man! 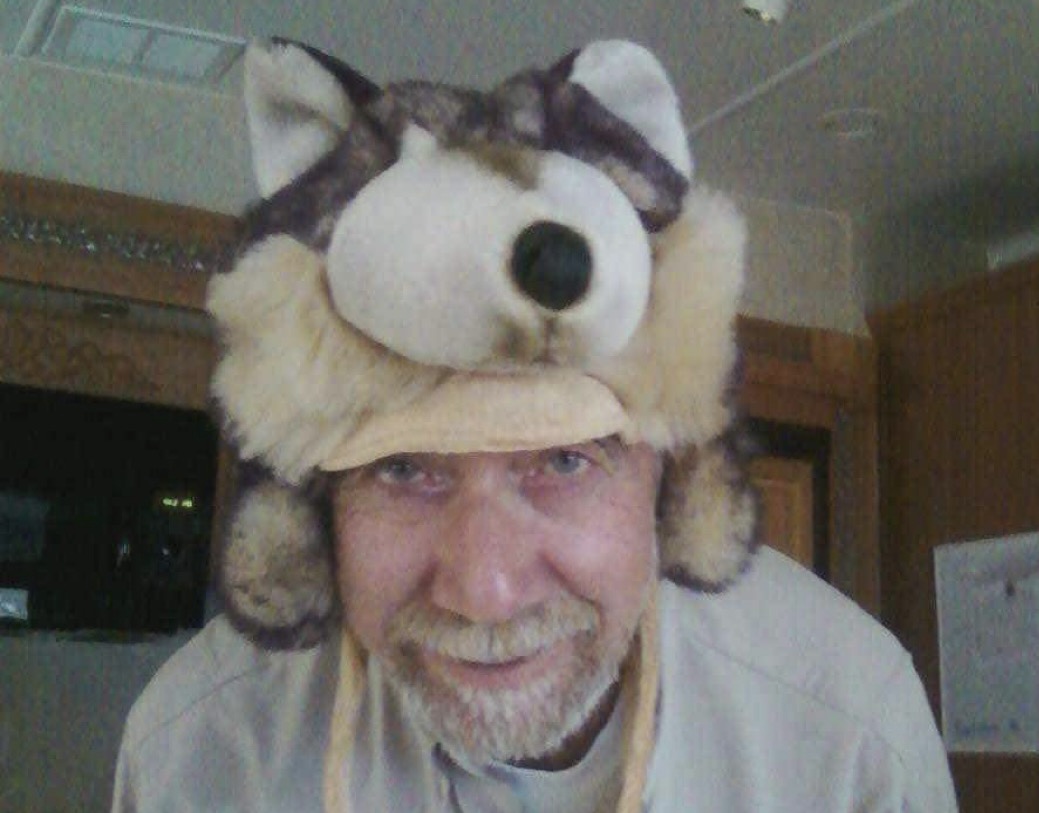 Richard began his (third) retirement in 2010 by working as a Sales Associate for the Yellowstone Association at the Old Faithful Visitor's Education Center. As he liked to say, "Had he known about working for the non-profit educational partner of the National Park Service earlier in his career, his career path would have taken a much different path." Richard's focus was always education. While working for YA, he became an advocate for the reintroduction of the wolves to the Great Yellowstone Ecosystem and took as many wolf-related classes as he could. He took a special interest in teaching young children visiting the bookstores about the wolf and the importance of the wolf in the trophic cascade. It was abundantly clear after we hiked back to the Rose Creek Acclimation Pen and witnessed the overpowering beauty and spirituality of this place that ensuring the safe return of the wolf to the GYE would be his focus and ultimately his legacy. This loving tribute to Richard is written by his wife Lynn, and his daughters Diane and Jennifer. The whole Lane family shares Richard's passion and enthusiasm for educating and advocating about wolves.